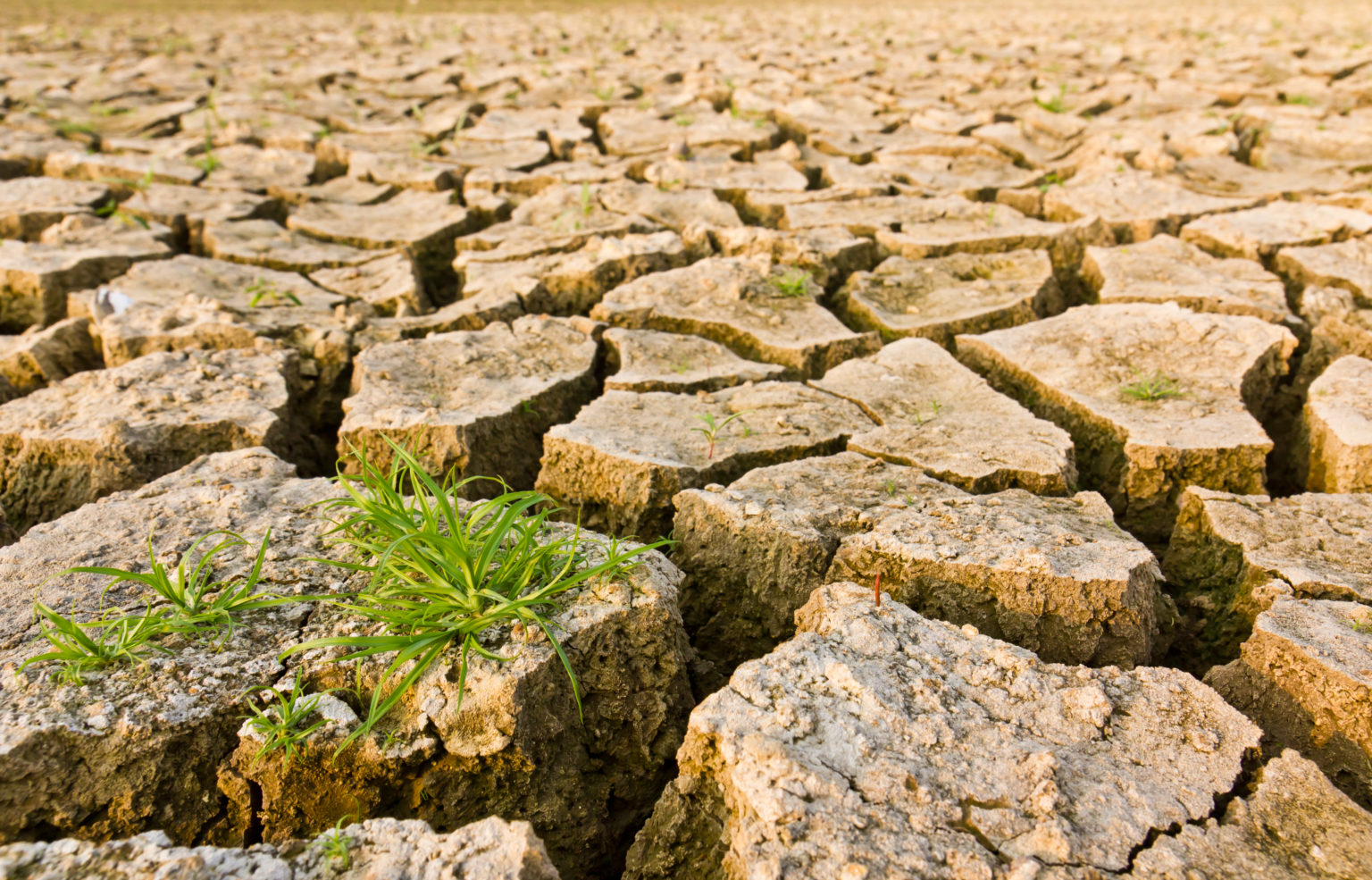 Want the TL;DR version? Click here for the roundup.

The United Nations Intergovernmental Panel on Climate Changes1 (IPCC) warns in its most recent climate change report that the Earth is now in “code red for humanity2.” Extreme heat waves that once happened every 10 years are now happening twice as often. Severe droughts are occurring 70 percent3 more frequently. The number of severe hurricanes and typhoons has drastically increased since the 70s. Thousand-year weather events are routine, and there isn’t a place on Earth that is not impacted.

Without rapid and large-scale reductions of greenhouse gas emissions4, the average global temperature will reach or exceed the catastrophic 2.7 degrees C warming5 threshold within 20 years or less. This rapid warming is leading us into an uncertain future of extreme precipitation, droughts, and unprecedented climate change — all of which will drastically impact infrastructure, food and water security, ecosystems, and society.

From greenhouse gas emissions to decarbonization, there are a lot of terms that will help you learn about climate change and how to combat it. We gathered some of the most relevant and commonly confused terms — keeping you informed so you can make better decisions for yourself and our planet and keep Doing Good.

More than a decade ago we first heard the term “global warming.” But after scientists came to understand that the environmental impact is much more than a rise in temperature, it is now commonly referred to as climate change. According to the UN6, climate change is defined as the long-term changes in global average temperatures and weather patterns. We now know that, since the rise of the modern industrial age in the 1800s, human activities have been the main driver of climate change. According to the EPA7, the human contribution to climate change is due to our burning fossil fuels, throwing food and waste into landfills, and certain heavy industrial processes.

While eliminating the burning of fossil fuels is the top priority for staving off the catastrophic effects of climate change, the next best focus is reducing food waste, which reduces the release of methane into the atmosphere. Saving our planet will require8 “strong, rapid, and sustained reductions” in methane9 emissions.

Methane is a greenhouse gas that’s up to 28 times more potent than carbon dioxide in heating up the atmosphere, and methane emissions are said to be one of the primary drivers of climate change11. Although methane is a naturally occurring gas, too much of it can have detrimental effects on the environment. And when you consider that the waste — food and all — in landfills accounts for 15 percent of methane emissions, it becomes even more apparent that the things we throw away directly impact climate change.

Diversion12 is a method of waste prevention (also called “source reduction”) to prevent waste from ending up in a landfill. According to the EPA food hierarchy13, reducing or diverting food waste is the number-one most preferred option to mitigate climate change — after that, the EPA recommends that surplus food be donated to humans, then fed to animals, then composted.

In its most technical definition, recycling refers to the process of recovering waste material — anything that would otherwise be thrown away — and converting it back into the same product (for example, an aluminum can back into an aluminum can). Encompassed in the greater recycling conversation, though, are the terms repurposing and upcycling. Repurposing refers to taking one thing and using it as something else (like using a coffee mug to hold pens and pencils, for example), while upcycling refers to taking a product you would otherwise discard and giving it a new use or added value (turning wooden pallets14 into a bed frame or shelves).

In a landfill, food waste is packed tightly and therefore breaks down without oxygen, which is referred to as anaerobic (as if you didn’t have enough definitions to remember already). On the other hand, composting is done in the open, allowing excess food to break down with oxygen, referred to as aerobic. Composting produces healthy amounts of CO₂ instead of huge amounts of potent methane. As a result, composters are left with a dirt-like mixture of plant nutrients, mimicking how biological materials break down in nature, which is beneficial to soil health, worms, and other life.

Therefore, we quantify all the gases and materials that play a role into one single metric called CO₂e. It expresses the impact of each different greenhouse gas in terms of the amount of carbon dioxide equivalent that would create the same amount of warming.

Global warming potential (GWP) is a measurement16 that allows comparisons of the global warming impact of various gases. While carbon dioxide and methane are naturally occuring gases, landfills emit too much of them, significantly contributing to climate change.

The larger its GWP, the more a gas will warm up the Earth’s atmosphere compared to carbon dioxide over that time period. GWPs help scientists by providing a common unit of measurement for the warming effect of various gases, so we can add up emissions of different gases such as methane.

Decarbonization refers to reducing carbon and greenhouse gas emissions. In many cases, it involves decarbonizing energy, for example, reducing CO₂ levels per unit of electricity.

Greenhouse gases are gases (sometimes long-lived) that trap heat, creating what experts call a “greenhouse effect” in the climate. While many gases are naturally occurring, human activities lead to a much higher concentration of greenhouse gas in the atmosphere, which significantly contributes to climate change.

Mitigation refers to the steps we take to try to reduce the detrimental impact of climate change. Reducing the amount of things we throw away, investing in alternative energy sources, and proposing legislation for large corporations to reach net zero carbon emissions are some of the ways we try to mitigate climate change.

This is different from adaptation, which refers to changes we make to respond to the impact of climate change on our environment. Building flood safe guards (such as the sea wall17 around New York to protect the city), investing in early warning systems to forecast extreme weather, and upgrading infrastructure to be more climate-resistant are examples of ways we might try to adapt to climate change.

A carbon footprint refers to the total amount of greenhouse gases — including carbon dioxide and methane — that are generated by human actions. These actions include everything from the amount of food a person (or corporation) throws away, to how many plane rides a person takes, to the volume of clothing they buy or produce.

Net zero may be a familiar term, as many companies tout a plan to be net zero by a certain year. Net zero refers19 to achieving a balance between greenhouse gases put into the atmosphere and those taken out.

In a theoretical world, where all companies operate at net zero, the environment would thrive to the same extent with and without the existence of these companies.

Regenerative is often most referred to when discussing “regenerative agriculture,” but it can also be used in relation to businesses. Walmart, for example, recently set a goal to become a regenerative company22, and Patagonia Provisions23 has a certified regenerative organic standard.

Too long, didn’t read? To recap…

When it comes to climate change, we’re in code red for humanity. As we continue to see media coverage of climate change, it’s important to know the terms and what they mean.
Diversion, which refers to finding other uses for food that would otherwise be wasted, is one of the best methods for mitigating food waste and climate change.
One of the easiest ways for us to halt the effects of climate change is to reduce our overall methane emissions. The goal should be to reach a regenerative or net positive state of the world.

So…what are you waiting for? Get ready to toss some chicken in your shopping cart and bake up some buffalo chicken dip. Just don’t forget to eat your leftovers.