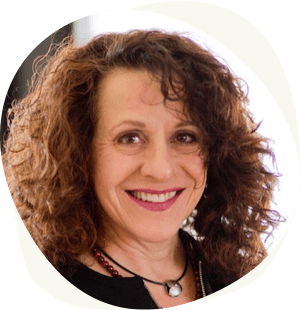 It’s as simple as minimizing the amount of food that we waste.

Debris such as plastic swimming pools and construction materials blew across the road, making it challenging to keep the car on the highway. As we neared Boulder, the road ahead was closed; a mobile home and other obstacles had blown into the middle of the road.

Ahead, we could see what looked like a small grass fire as the traffic was diverted east. In just a matter of minutes, the sky grew black. As we tried to make our way home, fire blew across roads and traffic came to a frightening standstill. People evacuating their homes flooded onto the roadway.

It was Dec. 30, 2021. It should have been cold with a foot of snow on the ground. Instead, we witnessed the blowtorching of Boulder County. In a single afternoon, thousands became climate refugees.

When I started working in the field of sustainability more than 20 years ago, climate change was an abstraction — something in the far future. We thought we had time to make the changes needed to avert disasters like what we witnessed last year. Since then, I have been working to fight it, most recently by bringing awareness to eliminating food waste. This can help combat the climate destruction that is here right now and happening anywhere, to anyone, at any time.

On that winter day, climate change became personal; it became local. In just minutes, a dear friend lost everything she and her family owned. Other friends were displaced for months as they had to remediate their home in a neighborhood that we all watched burn on the local news. And that just scratches the surface of the destruction that occurred in our community.

In the aftermath of this disaster, so many of us came to the rescue of our friends, neighbors, and strangers that I was often overwhelmed to tears by the outpouring of generosity. More than half a year later, and we’re trying to find a sense of normalcy. People are attempting to rebuild their lives, their businesses, and their sense of security.

Climate change seems daunting and overwhelming. It seems that, individually, we can’t make a difference.

That’s not true. There are things we can do to make an impact. We have an opportunity to act and create a future we want to live in. Each and every one of our actions can have an impact, locally.

You have heard about energy and water efficiency, or switching to renewables, but there is another great choice: joining the fight to eliminate food waste.

A third of food produced globally does not make it from the farm to the table. Food is very energy-intensive to produce and move around the country. Not only do the nutrients go unused, but when organic materials break down in the landfill, methane is created. Methane is approximately 26-28 times more potent than carbon dioxide in contributing to climate change. Wasted food is contributing to heating the planet. The less organic material that is sent to the landfill, the less methane is created.

In fact, if food waste were a country, it would be the third-largest emitter of greenhouse gases in the world, after the United States and China, according to Paul Hawken in his book “Drawdown.” Reducing food waste also avoids the additional deforestation to create additional farmland, the wasted water to grow the crops, and so forth. Eliminating food waste makes a big difference.

If we follow the EPA suggested hierarchy, we can keep excess food out of landfills by ensuring that people — families, food banks, etc. — take the first share, then find ways to use the surplus to feed animals before we turn to composting. At home, we can take the steps to reduce food waste by not overbuying produce, eating leftovers and ensuring that trimmings and other food waste are composted and not sent to the landfill.

These are all real ways to reduce massive amounts of methane from reaching the atmosphere.

Coloradans are pragmatic and resourceful. We can support organizations, businesses, farmers, and other efforts that ensure that what we grow as food does not become a contributor to climate change. After all, it’s not waste, until it’s wasted. It’s food.

This opinion piece was written by our Chief Sustainability Officer at Do Good Foods, Catherine Greener. Read the original article here on The Colorado Sun.